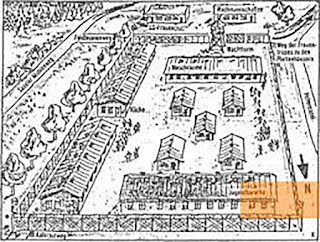 The idyllic village of St. GGilgen lies just a few kilometers east of Salzburg, on the northwestern tip of Lake Wolfgang. The Dachau concentration camp commander Hans Loritz bought a large plot here in April 1938. Only a short time after his purchase, he had nine Jehovah's Witnesses and one Polish prisoner among the Dachau concentration camp inmates selected for the first time and brought them to Lake Wolfgangsee. Officially, the SS leader disguised the trip as a transport to a new sub-camp at St. Gilgen. In fact, the prisoners had to start preparing for the construction of a private villa for Loritz. The directory of the holding camps under the Reichsführer SS of the International Search Service does mentions the use of prisoners at a concentration camp at St Wolfgang. According to this source, the prisoners had to build the country house here for a concentration camp commander loritz suggests that, this is a simple name confusion with St. Gilgen am Wolfgangsee.

For the night, the SS guards locked up the forced laborers into the local Gilgen jail cells. The public of the place were well aware of the use of concentration camp inmates, for example, the arrival and departure of prisoner transports was recorded the municipal registry, and walkers who had stopped at the construction site were instructed to move on and away quickly.
In December 1939, the concentration camp commander Hans Loritz - initially acting - took over the management of the Sachsenhausen Concentration Camp near Berlin. In late spring 1941 Sachsenhausen prisoners therefore had to continue their work in St Gilgen. However, because the sub-camp in Salzburger Land was officially still run as a Dachau sub-camp, Loritz initially sent about 20 to 25 selected prisoners from the concentration camp Sachsenhausen to the concentration camp Dachau. These were mainly Jehovah's Witnesses with technical knowledge (in other words they were tradesmen). Since these prisoners were now also administrative wise under the SS authorities as Dachau prisoners, they could be transported a few days later into the sub-camp Gilgen. At the onset of winter, when the construction work was interrupted, the prisoners were then taken back to Dachau and transferred from here back to Sachsenhausen. In 1942 a prisoner transport went via Dachau to St Gilgen (Seems very confusing, sic) which took place by the same method. 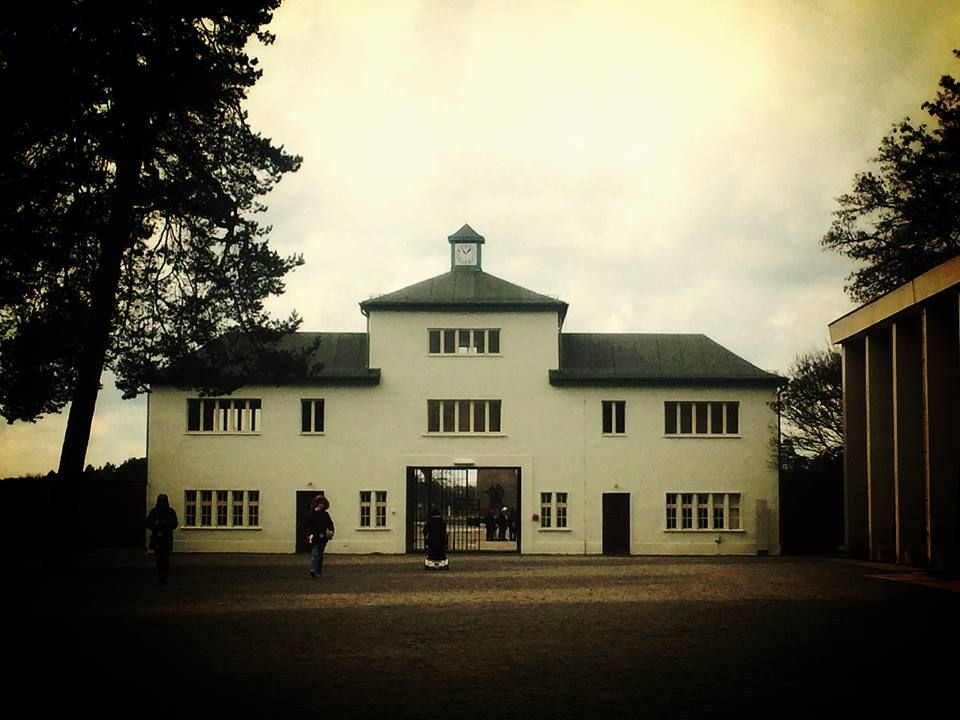 To accommodate the prisoners Loritz held the forced laborers since 1941 directly on his property. Since their work has mainly consisted in the enlargement of the villa, the construction of an additional gatehouse and the design of a spacious garden with terraces, ponds and water games as well as fountains. The Sachsenhauser KZ commander had visited the construction site as in the years before only in his spare time. The guarding of the prisoners was carried out by three SS men under the supervision of the leader Franz-Xaver Trenkle Woldgangsee 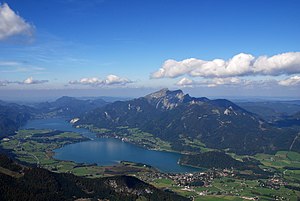 The working conditions at the Wolfgangsee described by the surviving KZ-prisoners very differently. Although the conditions on Lake Wolfgang were altogether bearable as compared to those in KZ-Sachsenhausen, this did not rule out lasting injuries to the prisoners.Thus, the SS Commander Trenkle severely mistreated several KZ-inmates because they could not carry out the strenuous construction work fast enough.
Loritz was not the only high-ranking SS officer who owned a property at the Wolfgandsee. Several former KZ-prisoners from St. Gilgen reported that from May to July 1942 they had to complete the construction, which had already begun, for Arthur Liebehenschels, head of the Central Office at the SS Economic Main Administration. In the idyllic landscape of Salzburg, the SS-leaders saw here the rectification of their own blood and soil ideology. And while the German cities were increasingly the target of the Allied bombing raids during the Second World War, the families of the SS members were relatively safe in this rural idyll.
he announcement of numerous corruption and private black-market buildings resulted in the summer of 1942 in a disciplinary proceedings against the KZ-commander Loritz. Following by his   transfer to Norway for the duration of the war as the Higher SS and Police Leader. This ended the use of KZ-prisoners on the Wolfgangsee. Most of the prisoners were returned to KZ-Sachsenhausen. A smaller group, which stayed until the summer of 1942 had worked on Loritz 'garden, came to the KZ-Dachau. However, the spacious estate, where now the wife of the SS officer Loritz with two sons lived, remained in the possession of the family.

After the end of the war, Loritz tried in vain to evade Allied jurisdiction under a false name. After being exposed, he took his own life at the internment camp in Neunmünster-Gadelang to await trial by the Soviets. The property established in St Gilgen by the KZ-prisoners was confiscated by the Republic of Austria in 1957 and sold to a private buyer. Loritz's widow soon returned to Germany with her children.
The villa of the former commander still exists today, but there is nothing reminiscent of the former sub-camp. Since 1973, the office of the state justice administration for the investigation of National Socialist crimes in Ludwigsburg has been investigating the events in St Gilgen. But since the testimonies of the former prisoners could not give any concrete evidence of torture or deaths in the former sub-camp and any other crimes, these were already considered to be dated, the preliminary investigations were closed in 1975.