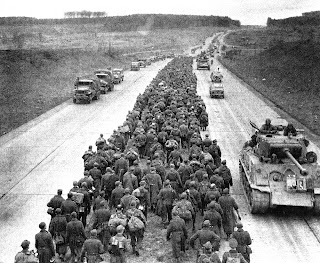 German prisoners are marched down an Autobahn near Giesen, as American Forces roll pat them on their way to the front. By late April1945, German units were surrendering en masse, aware that the war was all but over, and there was little point fighting on. 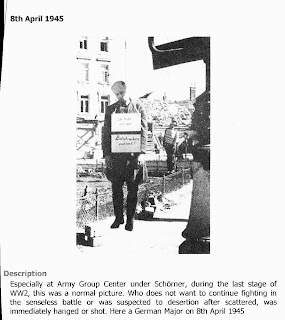 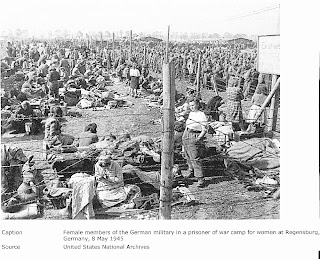 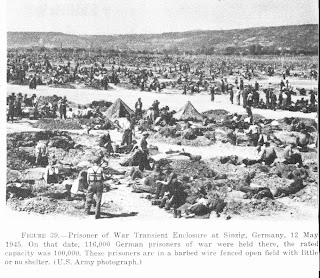 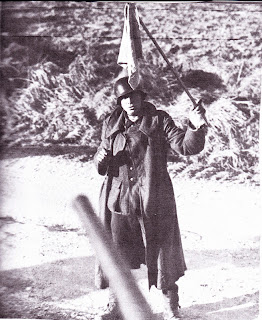 German soldier gives signal of surrender when overtaken by an American Tank. This type of surrender was like a double edged sword. The so called "Fliegendes Standgericht" operated in closed Panel Trucks close to the front lines, executing any deserters or who showed a white flag.
This one may have been an emissary to negotiate for his Unit.(My platoon would cease fire if the enemy waved a white flag on a stick or on a rifle meaning he wanted to talk. This also applied to the Eastern Front.)
Posted by Dachau KZ at 1:46 AM