It is estimated that from July 1944 onward, with certainty between December 1944 and April 1945, detainees from the KZ-Dachau,prison teams in the area of Ingolstadt were used as commandos for bomb disposals and also search for duds. After the first major air raids on Nuremberg and Munich in February and March 1943, the Luftgaukommando VII Munich had issued enemy air traffic regulations which was dated 25 June 1943 to the counties and cities of Bavaria, which provided instructions for the provision of auxiliary forces for bomb disposals by inmates from the KZ-Dachau. The make-up of each group consisted of six prisoners. In view of the crucially shortage of military transport at this stage of the war and lack of SS guards, the work commandos had to be collected and returned to their 'abode from workplaces, had to be done by local civilian authorities, who run their trucks on Methane Gas. In addition, according to the instructions by the SS-WVHA, as a remuneration  four Reichsmark for each prisoner per day were to be paid. Although this was normal practice.
Administration wise, the Gendarme Leader in Ingolstadt said that two men from the ranks of the Gerndarmerie-Hilfspolizei (auxiliary police) or the Landwacht (local century) were required to meet the needs, and the District Court Director of the city secured the accommodation and meals for the prisoners in the local district court prison. For its part, the city council maintained  that it was necessary to provide a vehicle immediately, and  pointed out the use of the private bus companies such as that of  Moritz Sigl.

In the meantime the camp management in Dachau had also taken measures to prepare the camp for the role it had prepared for air protection in Bavaria. For the use of the dud bombs, Polish prisoners were selected, who spoke German, and sent to the Feuerwerk Schule (Bomb Disposal School) in Munich for a short training course. The newly-trained employees were immediately deployed, in six-man work commandos, first in Munich and then in the  surrounding Munich region.
For Ingolstadt the need for such explosive experts appeared evidently in the summer of 1944, probably in connection with heavy daytime attacks of US bombers on Munich in July 1944. The six men strong detainees' team were lodged initially in the municipal prison, from there they went to work, were ever bomb craters had been located. While the chief Feuerwerker  from the nearby Weichering airfield (today Zell near Neuburg) had to have his own room made available, the prisoners had to be accommodated in a private hospitality (Guesthouse), and to be cared for there. Three gendarmes were to be assigned for the night watch over the prisoners. The local village mayor (Bürgermeister) was responsible for overall operation. Remnants  and defused duds had to be taken to the collecting site at the airport of Weihering. 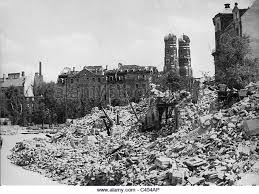 Bomb search Commando missions from July to December 1944 were not curtailed due to  air raids, but by duds in the forest and on unused land, which had been fruitless and time consuming and thus had sent the bomb disposal team back,  to save fuel, rather than carrying on.
Only two bomb-search commandos in Ingolstadt county in December 1944 and January 1945 contain act
ual information on the existing files. On 17 December 1944, two six-man commandos from Dachau were first sent to Ingolstadt's prison jail, the next day they left for Wackerstein, east of Ingolstadt. On the same evening one of the two commandos was for unknown reasons  brought back to Dachau. On 19 and 20 December, the other commando did their work in the Wackerstein area, and on the next two days in Stammheim, north of Ingolstadt, defused a single dud bomb, which then  was taken to the Weichering airfield on the other day. On 22 December, the Bombensuchkommando (bomb search commando) was taken back to Dachau. The return transport of the prisoners was undertaken by the municipal Line Enterprise 'Kraftverkehr Bayern' and the private bus company Moritz Sigl. [Auto Sigl still exists and is now a Honda Dealership,sic.]
According to the Innkeepers bills the prisoners had a proper breakfast,  lunch with lemonade and  dinner (Abend-essen) in the evining and even each of them received extra rations of  cigarettes.

After the large air raid on Ingolstadt on January 15, 1945, the main area affected  was the Nordbahmhof, Ober- and Unterhaunstadt including the eastern suburb of Feldkirchen. On 16 January, the Six-Man Prisoner Team was deployed, who had been working with the removal of blinds (duds) in the Feldkirchen area
After the next  large-scale air-attack on Ingolstadt on 1 March 1945, several unexploded bombs were dropped onto the city and onto the surrounding area. As early as 1 March, the city requested several disposal commandos. While some of them were collecting and digging up the duds, and waiting for an expert in  defusing them, leaning them against the ruined houses or at the roadsides, others had, for example, under the command of the prisoner Max Schubert to do the dangerous work of neutralizing  them. Schubert and his companions (Leidesgenossen) were then used at Neuburg's Weichering/Zell airfield, where they partly pulled the numerous un-detomated bombs up, from a depth of five meters deep from the soaked and soft moorland of the Danubian Moors. Here they got from the local population, secretly (heimlich)  often eggs, brad and cigarettes.
After the severe air attacks in April, detainees were still being deployed as bomb disposal teams in Ingolstadt until the American liberators arrived. Since the District Court prison could no longer accommodate them there, part of the Flanders barracks was used by them.


The special camp in Innsbruck was set up in the southern village entrance of the Labour Teaching School of Reichenau. It existed for two days, from 26 to 27 April 1945, and served as an intermediate station for prominent and special related clan members  prisoners (Sippenhäftlinge) , who had been brought from different concentration camps to Dachau and from there were to be transported as hostages to this difficult inaccessible one in the Alps. The group consisted of 137 persons and their families - 106 men and 31 women, among them children - from 16 European states. Famous people such as the French Prime Minister Leon Blum and his wife, Captaim P. Churchill (allegedly a nephew of Wiston Churchill's), the Domikapitular Johannes Neuhäuser, who had been imprisoned in Dachau since 1941, Pastor Martin Miemüller, Prince Friedrich Leopold of Prussia and industrialist Fritz Thyssen, who had left Germany in 1939 and had been arrested in France after the invasion of German troops, were among the prisoners. Among them were also the Italian General Giuseppe Garibaldi, with his staff officers. The Austrian mayor Richard Schmitz, the Hungarian Prime Minister Miklos Kallay, the son of the Hungarian Reichsverwesern Nicolaus von Horthy and 36 'Clan prisoners', who had been mostly arrested after Hitler's assassination of 20 July 1944, among them relatives of Claus Schenk Count von Stauffenberg and Carl Friedrich Goerdeler. In addition, on 10 April 1945, 10 prisoners were transferred from Flossenbürg to Dachau, on the orders of the Chief of the RSHA, Ernst Kaltenbrunner, among others, the former Chief of the General Staff of the Wehrmacht Franz Halder and General Georg Thomas, both in connection with the assassination attempt Of July 20 were arrested. The former military commander in Belgium and Northern France, Alexander Freiherr von Falkenhausen, who had been imprisoned on July 18, 1944, on suspicions of cultivating contacts with the resistance, and Austrian Chancellor Kurt von Schuschnigg with his wife and child were among them. The political cabaret actress Isa Vermehren, who, on account of her contacts to the resistance, and after her brother, a Diplomat in Turkey, had gone over to the English cause, the final insult during 1944, was taken with her family into clan into detention (Sippenhaft.) 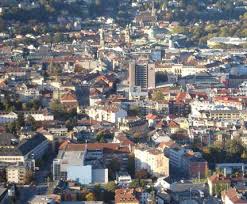 
The reports of the transport from Dachau to Innsbruck differ from one another. According to one version, the departure date was delayed due to British Tiefflieger (air attacks) on positions in Dachau due to destruction of the planned Lkw's (Trucks), the route to be covered was then changed and used by several travel buses. After another version, the first transport started on April 25, 1945 at 1800 hrs. and brought the prisoners, who were crowded in the narrowest of space, to Innsbruck overnight in three trucks without seating provisions. The trucks arrived there on the 26th of April at six in the morning, The last transport reached Innsbruck shortly before the final destination the following day. SS Obersturmführer Edgar Schilleer was responsible for  security.


The special camp Innsbruck was used by the prisoners as a catch-up camp 'Innsbruck'. Police Education Camp Reichenau 'or' Arbeits und Anhaltskamp '. According to a rumor, Gestapo chief Heinrich Müller has arranged a lightning visit to the Sonderkamp. In the camps run by the Security Service (SD), a sports "punishment" had been held in the morning before the start of the work, according to old camp methods of Sachsenhausen. According to suspicions of the prisoners, the camp guards came  from Austria or Latvia. The food was inadequate  in the special camp was inadequate. On the occasion of the mediation of the Bishop of Innsbruck, bread was delivered to the prisoners. Up until then the isolated groups of the national teams had the opportunity to get in touch in Innsbruck. As a matter of fact, 36 German clan prisoners were separated as a work commando.
The prisoners feared that they would be liquidated in a secret place. Some expressed the hope of being sent to the Swiss frontier in exchange as hostages. On the 27th of April, the prisoners were transported in the evening with tourist buses towards the Brenner (Italy). On the following day they reached Niederdorf/Willabassa in South Tyrol and were brought to the 1,500 meter high Sommerhotel Prag am Wildsee after a night in emergency shelters on the 29th April. The detention of the prisoners was better there. The SS guardsmen were no longer present at the Prags hotel. The 5th US Army freed thrm there on 5 May 1945. In several convoys the prisoners were taken from South Tyrol (Süd Tirol) via Verona to Capri between the 8th and 10th may, where they were questened about the operations in concentration camps and separeted future war criminals among them: (Thyssen, Falkenhausen, Halder, Bonin, Lydke, Stauffenberg , and others, which were isolated from the others.