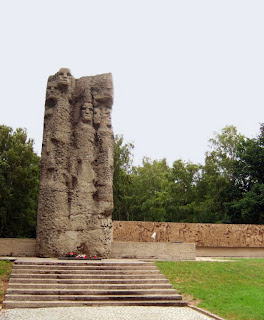 During the nearly six years of its existence, a total of 110,000
prisoners were registered in the concentration camp. They came from 28
states, occupied not only by the German Reich of European countries, but
also from Switzerland and Turkey [both countries were neutral, sic] also
13 prisoners with U.S. citizenship, six of them were Jewish and seven
were of Polish descent , were in Stutthof. The prisoners came from all
social classes and occupations, and they belonged to different
religions, which was crucial for their survival. They formed a specific,
for a concentration camp a characteristic prisoner community. As in any
closed Humane Society under extreme conditions of existence, in fear for
their own life and that of family members and the daily struggle for
survival, there was next to those who, despite all the humiliation who
were able to maintain their humanity compared to others who wanted to
save only their own life.Such possibilities applied mostly to those
prisoners that acted as a functionaries. Those who took the highest
posts in the prisoner hierarchy, were the camp elders to the block
managers and finally the hated Kapos, which were considered the
'Prominenten', and also called by the inmates as 'Speck Jäger'. [A
German colloquial expression 'Chasing after the Bacon' HKS] Among them,
predominated until 1942 were the criminal prisoners, mostly Germans, who
had been admitted in 1941 and 1942. The 'criminals' as a rule, marked
with the green triangle arrived July 1942 from the Mauthausen
concentration camp and from Flossenbürg. Of the 123 prisoners from
Mauthausen, who came to Stutthof on 2 July, 59 were 'professional
criminals'. They were those prisoners that received functions as block
leaders and overseers of work details, mainly due to their inherent
brutality within any society."Criminal'' prisoners had been chosen
deliberately from other concentration camps by the director of labour
deployment Bruner. This also applied to ten men, who arrived from the
concentration camp Flossenbürg on 23 March 1943. One of them was Karl
Kliefoth, who was appointed the very next day to foreman of the the
forest commando. Another, Hermann Büche, was foreman of the construction
of the villa of the camp commandant, and August Sauter foreman in the
brickyard.
On-site construction was the Headquarters Building. Completion lasted
from 6 May 1940 to October 1941. To build the headquarters a special
commando (Baukommando), with about 200 prisoners were employed. The
newly built complexes housed the offices of the camp, casino, kitchen,
crew and staff quarters for the SS. Since mid-1941, the SS-building
training courses were organized here for the SS from Pomerania. At the
same time the prisoners built an SS guard house, garages and a villa for
the camp commander. The latter was erected beside an old lodge, which
was demolished in 1942. 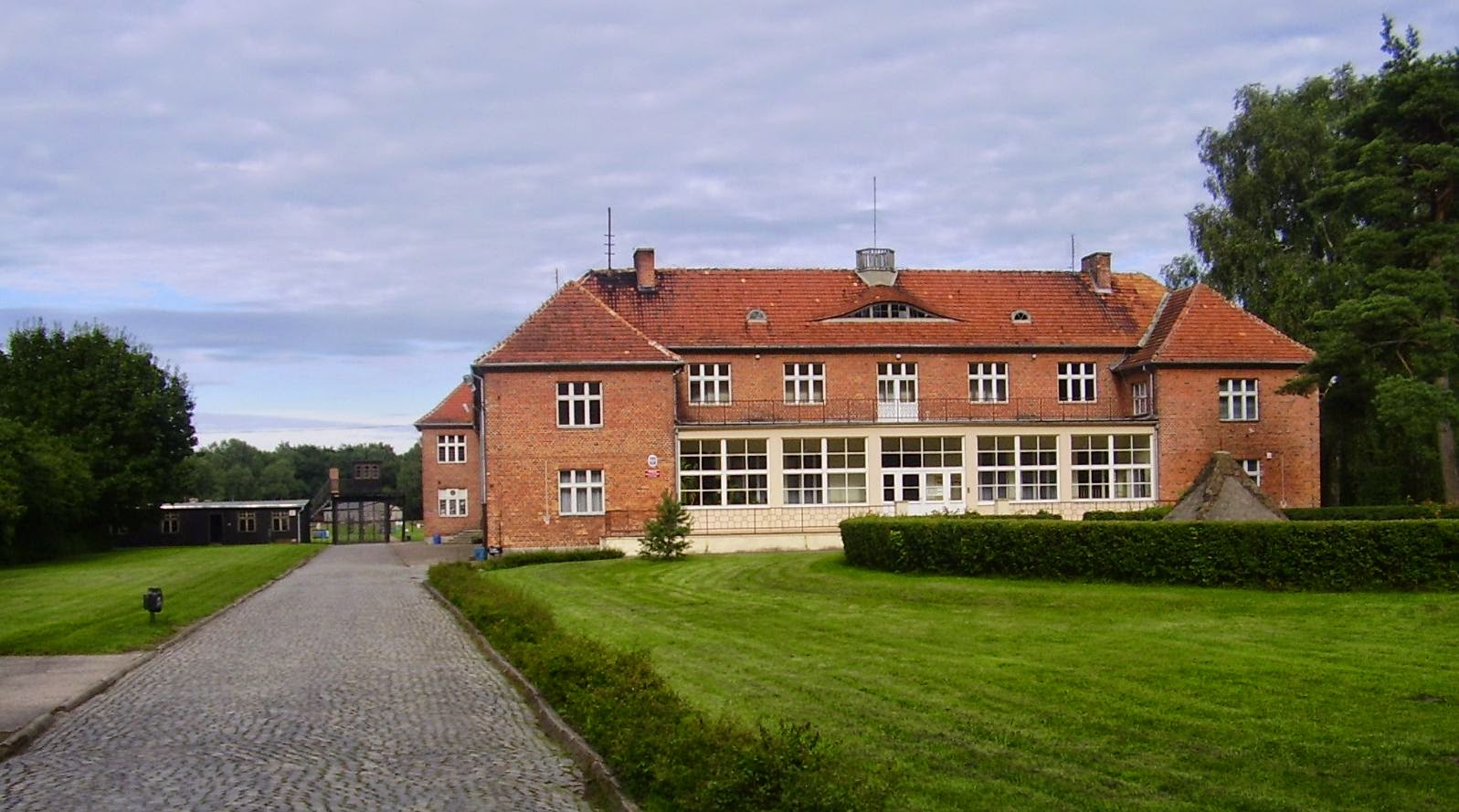